Traditionally recruitment teams have relied on active candidates to apply for jobs as inbound applicants and more often than not, it has sufficed for the business to achieve its recruitment goals. With the current economic unpredictability and competitive markets, it’s more imperative than ever for recruiters to hunt for passive candidates ( not actively searching for jobs ) who might be a better fit for the open job positions.

Freshteam CRM helps you elevate your game with a powerful chrome plugin to capture details of passive candidates, a robust ‘outbound leads’ dashboard view to track and follow up with passive candidates and UI enhancements to make the hiring pipeline for each job, more seamless and intuitive.

We have introduced a new stage in the hiring pipeline called ‘Leads’ to capture the passive candidates/ outbound leads that recruiters identify and add to the system.

The recruitment team could add outbound leads either via the chrome plugin or by clicking on the ‘Add Candidate’ button, updating the corresponding details and selecting the stage as ‘Outbound Leads’. These candidates would be added to Freshteam and can be viewed in the Leads tab.

1.2 What are the substages in the Lead stage?

By default, a candidate in the Leads stage can be tagged to one of the following 2 sub-stages - 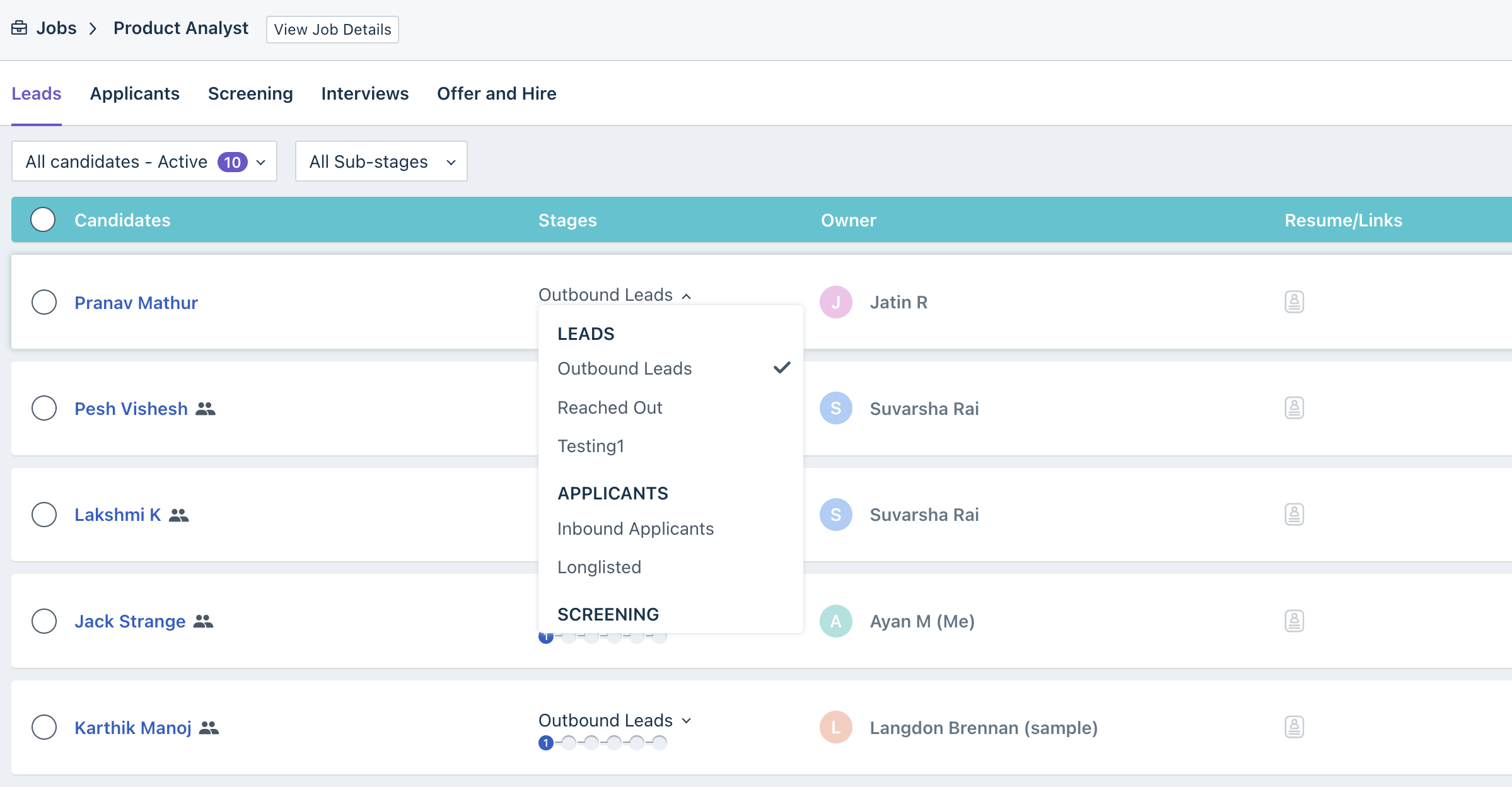 Once the recruitment team has added the list of passive candidates, you would want to reach out to them to gauge their interest and get them interested in the role ( and consequently apply for the job ).

With every job posting, there are different stages that a candidate has to go through to get hired ( we call this, the hiring process or hiring pipeline ). 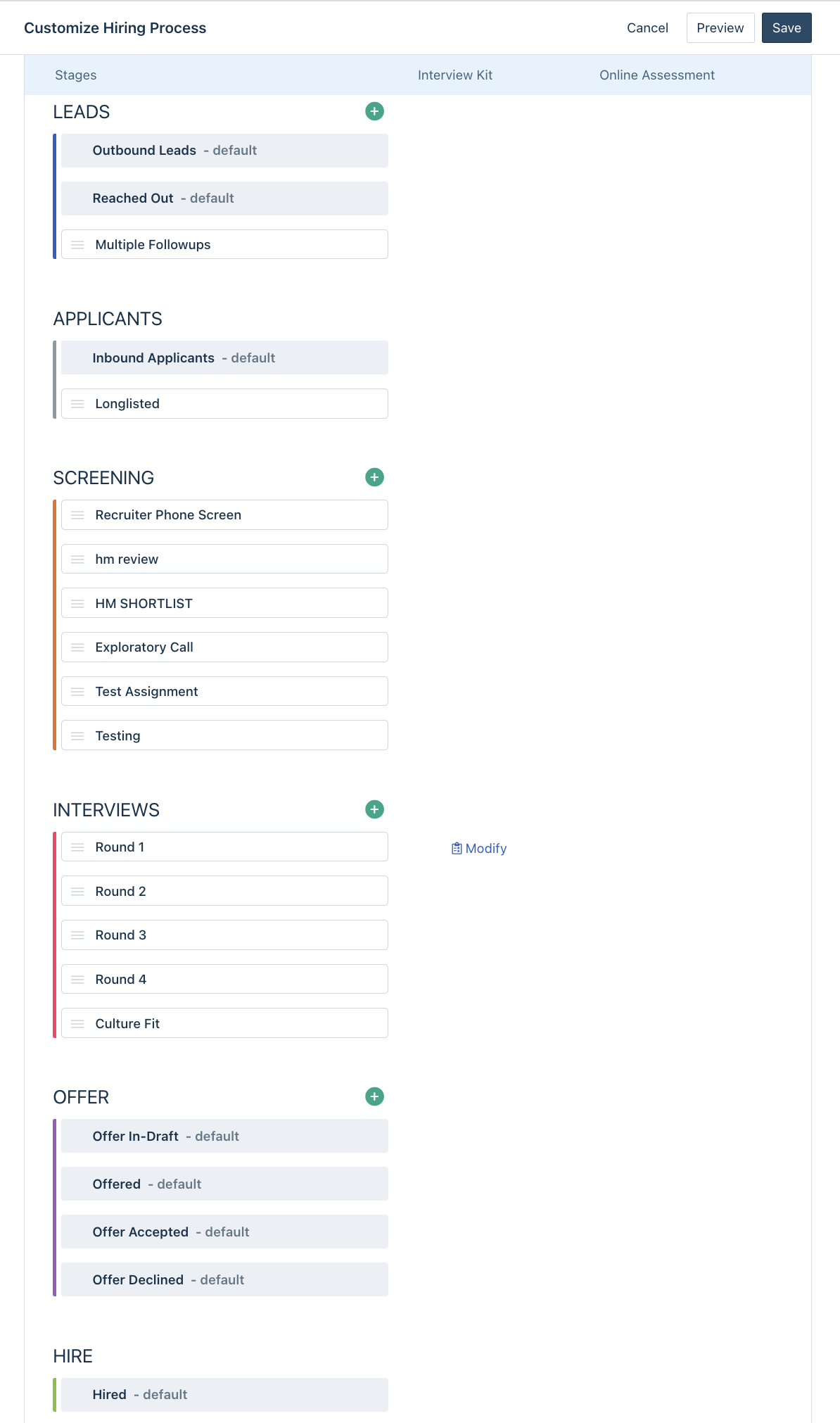 Apart from the above, we have the following stages available for every job posting -

You can filter candidates by sub-stage by clicking on the sub-stage drop-down in the navigation ribbon as shown below. 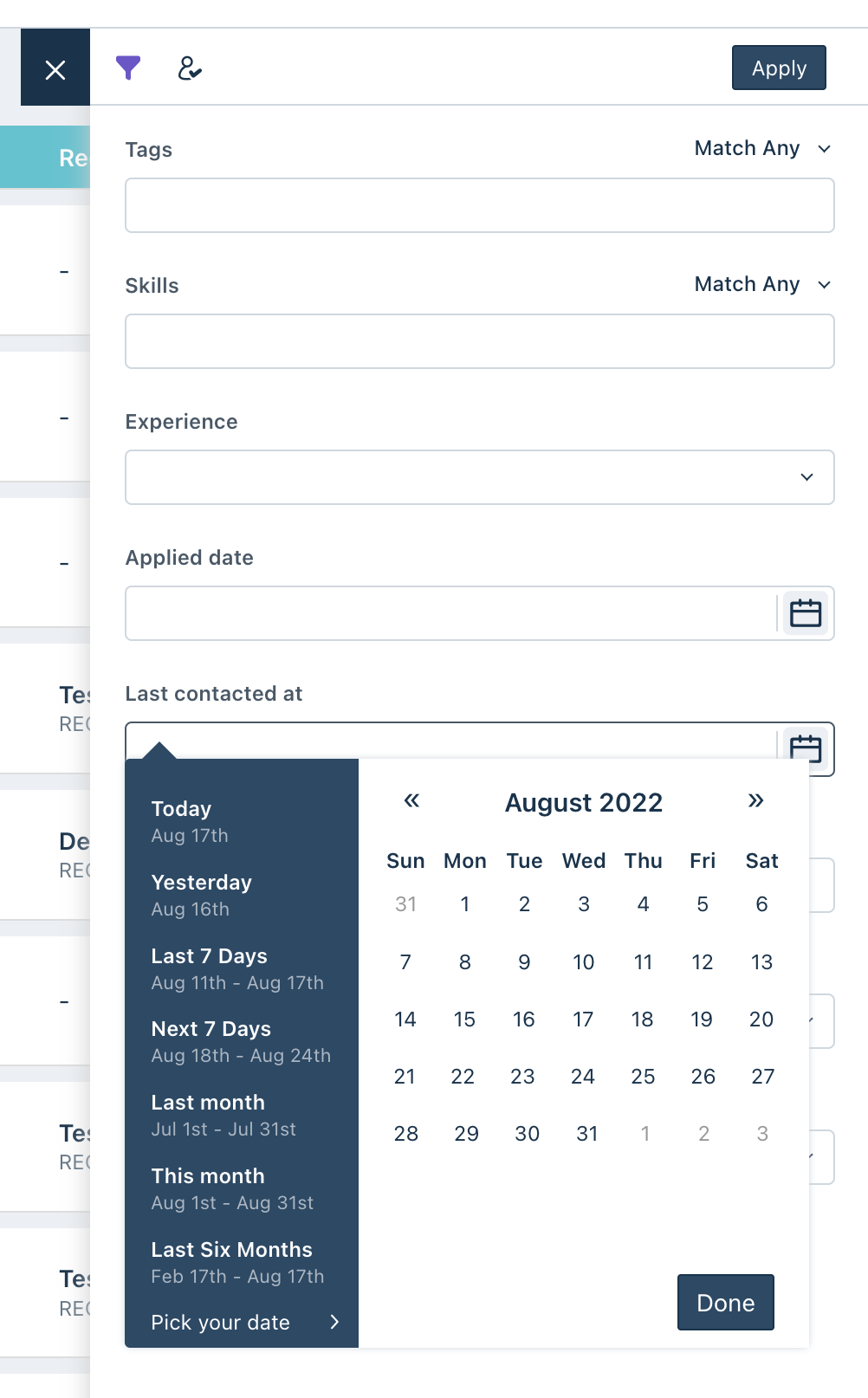 The hiring pipeline dashboard would include 5 stages - leads, applicants, screening, interview and offer and hire. Since the number of candidates in the leads and applicants stages would be typically high, the default view for these 2 stages would be ‘List view’ as referred below -

The next 3 stages - screening, interview and offer and hire, would have ‘Kanban view’ as the default stage. You can switch to the ‘List view’ by clicking on the ‘Candidate List View’ button.

The dashboard would show the respective candidates for the leads and applicants stage in a ‘List View’. You can edit the stage and substage for an individual candidate by clicking on the 'stage' and selecting the subsequent option from the drop-down menu. 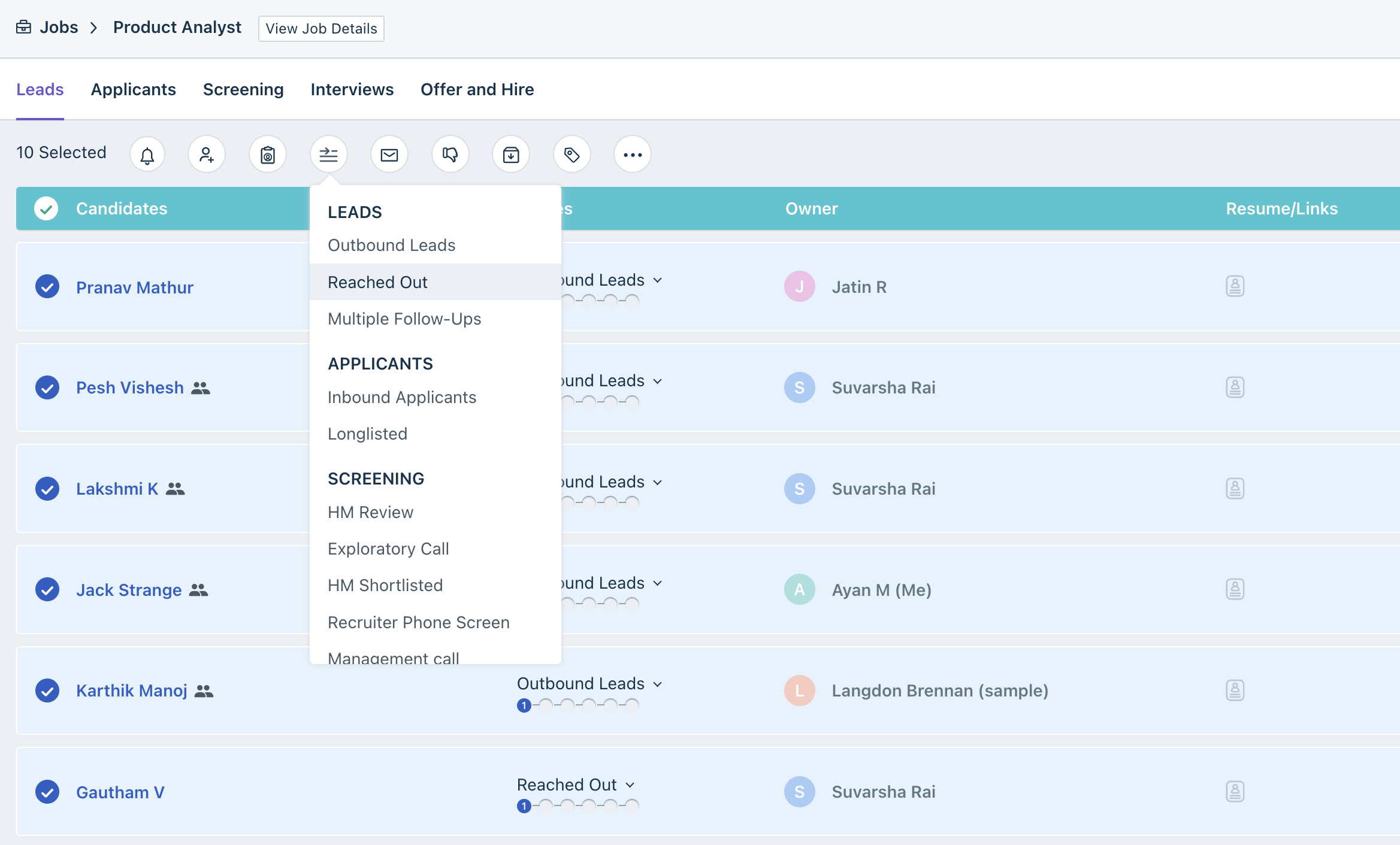 The dashboard would show a 'Kanban View' for the screening, interview and offer and hire stages. You can choose to move individual candidates across sub-stages with a simple drag and drop. You could also use the '>>' icon on the individual candidate card to open the stages dropdown.

You can move one or more candidates across stages by selecting the candidate card(s) and clicking on the fourth tab ‘Move Stage’ as shown below. Further, you can select the relevant substage ( and stage ) in the drop-down menu.

As a part of this update, you might need to make some updates to ensure that your reports work seamlessly. Know more about the necessary changes to be made with this support article.

You can download the chrome plug-in for passive candidate sourcing by clicking on this link.

Did you find it helpful? Yes No

Can you please tell us how we can improve this article?